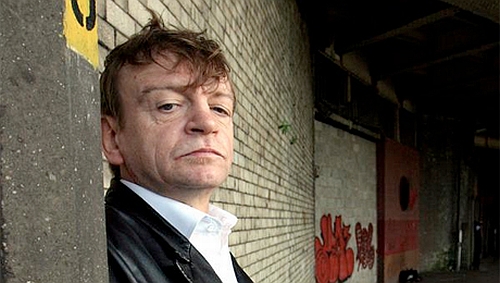 I want to post stuff associated with other countries, but I’ve still got a backlog of England songs that need a mention so I’m starting on them now.

These are decent tracks mind, none of your rubbish here. The aim of F&M is to find and post the good and ignore the bad… so don’t come over here looking for J _ _ _ C _ _ _ _   (no not the bloke with the robe and the beard, the other bloke who is bloody everywhere at the moment) because you are not going to find him.

What you are going to find, as I said, are some very decent tunes about England at the World Cup.
Yes by the way, I am banging these out earlier than scheduled just in case it all fecks up.

– Starting this mini-series (of 2) is the Bard of Manchester… and before you say owt I know that John Cooper Clarke is the Bard of Salford… but there’s another resident, the Broughton born lead singer of a certain group who I’m referring to here.

Yes it’s true , the singer songwriter of long time music refuseniks The Fall, Mark E Smith has written a World Cup song with ex-Fall member and collaborator Ed Blaney and Jenny Shuttleworth (aka Girl Peculiar), and here it is in all it’s emotive glory. A world cup song with a Salfordian slant.

It invokes English players to “take care of the invention of your nation”, “socks up at last or be a brazilian breakfast”.

It’s even got a rousing chorus and a tune to win the world cup for and a hard edged twist at the end. It’ll frighten the wits out of the old enemy too.

Witty and impassioned it’s an appeal for a show of pride from England in South Africa, “remember the pitch in December”, gone should be the days of England teams wilting in the June sunshine and acting like a bunch of big girls blouses. This is possibly the greatest world cup record ever, it’s England’s Heartbeat, sent from heaven.

You can download the track via Amazon UK, or purchase the CD – or at Voiceprint Music.
– In the Americas you can download from Amazon USA and the import CD is here from June 22nd.

Mr Smith has over the years has guested on many other songs. Some collected below:

Inspiral Carpets with Mark E.Smith – I Want You

Elastica with Mark E.Smith – How He Wrote Elastica Man

…and finally this collaboration via Fades In Slowly:

One Reply to “England’s Heartbeat”