It is thanks to a couple of compadres who first mentioned these football and musical items, both of which have reached the same anniversary…

The first one was from the now sadly defunct I’m Not Always So Stupid blog who originally owed and scanned the very first edition of When Saturday Comes. It was a hand crafted, lovingly put together football fanzine which eventually became the source and King of all the fanzines. WSC has now reached it’s 25th anniversary and throughout those years has managed to survive Gazza, Tim Lovejoy and so much more…

Click on the images below to read the first issue:

Additional thanks to @weloveallthat who keeps me clued in and finds great music which has been of use with my #keepingitpeel project. – The other day in a tweet he mentioned a link to a fantastic article (and d/loads) of a seminal tape that the NME (it’s all initials today) gave away with a copy of their publication in 1986. 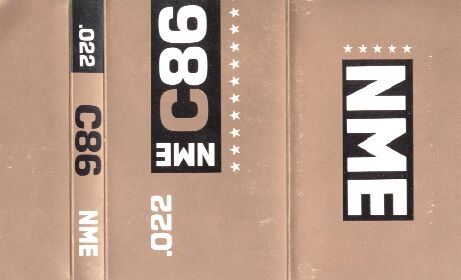 I say seminal because this one tape gave the name to a new musical genre, that of jangly bands with twee lyrics. Although there were other types of music on the tape.

Some self indulgence here because there’s no actual link to fitba with the C86 cassette. Doing this because of both items have reached the same milestone.

So then to a couple of selected tunes from me:

This one I remember at the time, I thought it was an absolutely terrible tune. But I also remember that when we got drunk everybody used to sing this at the top of their lungs as we staggered home:

…and I asked @weloveallthat to select some of his faves.

– Don’t forget to visit and read the full article about the cassette.