Some football clubs have famous musical fans following them, such as the Gallagher brothers with Man City, Mick Hucknell with Man Utd, Roger Daltry with Arsenal. Chas ‘n Dave with Spurs.

Not just here, abroad too. In Spain with Barcelona, they have Shakira (naturally), also there is Real Madrid with Julio Iglesias (obviously). Over in France there’s PSG with Jay Z and Beyonce watching them… not sure how much they are actual supporters though….

And up in the Brittany region there is Stade Brestois 29, commonly referred to as Stade Best or simply, Brest have the most well known and dedicated musical fans ever. They are La Lucha Libre.

Don’t you dare say to me “Who ?” You bloody well know who they are. I have mentioned them here a number of times. And as a dedicated regular reader of Football and Music you are very familiar with them, aren’t you. I thought so. Thank you..

Of the above aforementioned musicians how many of them have sung about football ? Liam or Noel ? Hucknell ? The lead singer of The Who has belted something out about Highbury, but what about the others ?

And it goes without saying that the biggest were Chas ‘n’ Dave. But after them the other musical act who love their football and music is La Lucha Libre.

The band have recently released a compilation of their football tunes and I’m going to highlight a few of them: 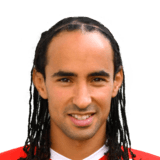 Starting with a long time servant for their favourite team, who recently retired. His name is Bruno Grougi.

Bruno had knocked up 277 appearances for Stade Brest and helped them get promoted to Ligue 1 before hanging up his boots. The band composed a tune about him and in 2014 they even sang the song to him.

It wasn’t just a local legend that the band sung about. There were other notable football names on their radar including Lev Yashin:

The one that most will remember… well your Dad will… your Grandad then. Don’t make me feel old. The footballer that had strong football and musical connections was that of George Best.

Not only that but their ode to the “6th Beatle” was played at Old Trafford before a match last season.


You can listen to all those tunes and a couple more here, as well as purchase/download then for yourself via Bandcamp. Support the artist, buy the music.

ADDITIONAL: The band have a new album very soon. It will be a vinyl release.
You can find out more about the album via this link. They are using a thing similar to Pledge Music.
Categories: Music, Video Tags: Brest, Euro2016, France, ManUtd, Russia, USSR