Once again I went on another journey and found more music and information I never knew before.

This particular discovery was started thanks to Duncan McKay replying to my appeal for other Hector Nicol fitba songs.

Again thanks to Duncan for sending the track and for the tips to more music associated with Hibernian F.C than I thought there was. Much much more. 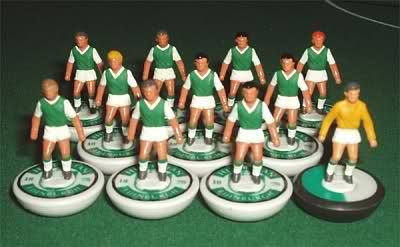 I want to save some of the things I found for another day, but I want to give a mention how many times that Hibs have turned up in books, films and on television.

Most famously because of a one famous fan – one Irvine Welsh in which Wikipedia says;

“The works of author Irvine Welsh, particularly Trainspotting, contain several references to Hibernian. The team is often mentioned in casual conversation and is the team many of his characters support. Visual references to Hibs are noticeable in Danny Boyle’s film adaption of Trainspotting. Begbie wears a Hibs shirt while he plays five-a-side football. During the famous baby-on-the-ceiling/detox scene, many posters and pictures of Hibernian can be seen on the walls of Mark Renton’s bedroom.

In the final short story of the trilogy The Acid House, Coco Bryce, a boy from the “Hibs firm”, is struck by lightning while under the influence of LSD in a Pilton park. His soul is transferred to the body of an unborn child from one of the more affluent areas of Edinburgh. The final scene of the film adaptation of Welsh’s work shows Coco in the baby’s body strapped to his mother’s back with a Hibs top in the pub chanting “Oo to, oo to be, oo to be a Hibee”.

(This gives me a pisspoor excuse to post music from the Trainspotting soundtracks at a future time.)

Not just Welsh’s books though. Inspector Rebus too:

“Hibernian are frequently referred to in the Inspector Rebus series of detective novels by Ian Rankin. Rebus himself is a Raith Rovers fan in the books, but in the later books, his colleague DS Siobhan Clarke is a season ticket holder at Easter Road. In the 2006 television adaptation of the series, Rebus is a Hibs fan. Ironically the part of Rebus in the 2006 adaptation is played by Ken Stott, who is a Hearts fan.”

I discovered that The Hearts Song and this next track might have actually been released as a double A-sided single. 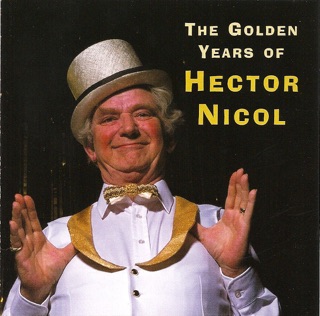 Another thing Duncan mentioned was about a song that was blasted out over the tannoy at Easter Road during the 90’s. As usual I did some digging around and found lots of info on this and a whole load more.

Let me give you a bit of background first. I’ll post the music mentioned after.

The song is Hibs Heroes sung by Colin Chisholm [pictured to the left]. The Edinburgh born singer was originally in a band called Bilbo Baggins which was later shortened to just Bilbo. This was in the mid to late ’70’s and after the band broke up Colin teamed up with the guitarist Brian Spence and to become Chisholm and Spence. Eventually they went their own ways but not before Spence wrote and co-produced the Hibs Heroes song.

On the much linked to website there it says (oh another link..) about this recording;

“Brian’s old partner in Bilbo Baggins and Chisholm and Spence release a single, which also appeared on the album “Hibernian FC: Glory Glory to the Hibees”, called “Hibs’ Heroes”. Brian wrote and joint produced the track with Colin. According to Fatty, of Fatty and Baldy, (fans of Hibernian Football Club) “I believe they were commissioned to write and record the song by former (disgraced – he later went to jail) chairman David Duff – indeed the original record was released on Duff Records. The original song was revised in 1990 when a proposed takeover of Hibs was mooted.”

To the song then:

Reminds me of John Farnham’s – ‘You’re The Voice’ does that track.

I’ve got another additional item to add …
Yes I’m still not finished yet. 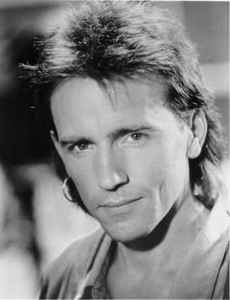 In his solo career Brian Spence made an album entitled “Reputation”. Two years later Dusty Springfield would record and cover this title song for her album, with Spence doing the backing vocals.

Here for you from the most excellent Brian Spence website is his original version of Reputation:

From Hibs to Irvine Welsh to Trainspotting, to Rebus, to Bilbo Baggins to Dusty Springfield. Wow what a journey.

One Reply to “A Trip Down Easter Road”