These journeys that I go on.

I once did a post about Hibs and in that article I mentioned their links to Irvine Welsh and Trainspotting. Rebus (the TV detective) and Bilbo Baggins (the band), oh and a bit of Dusty Springfield in there too.

I’ve just been on another trip and like with the Hibs one, I found some very unlikely bedfellows…

It is all thanks to @DolphinHotel who contributes articles to In Bed With Maradona.

He wrote a piece about a South Korean footballer who was a hit in the Bundesliga and whilst researching for the article found out that there was a German band who named themselves after this player.

Cha Bum-Kun (nicknamed Tscha Bum (“Cha Boom”) because of his name & thunderous ball striking ability) as mentioned was a legend in German football. 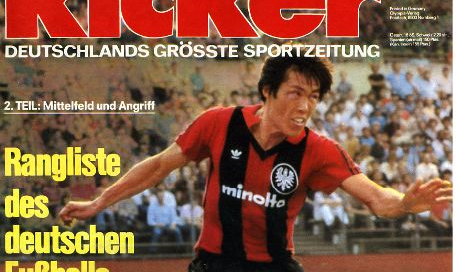 I’m not going to reinvent the wheel and write about him when the excellent article, written with aplomb by DolphinHotel is already there. Some selected quotes about him:

“…Cha Bum-kun, voted ‘Asia’s Player of the Century’ in 1999, remains an idol to many fans in both Germany and South Korea, famed for his meek temperament (in his entire career he received just a single yellow card) and the ferocity of a shot which brought him 55 goals for South Korea, and a further 98 in the 308 Bundesliga games he played between 1978 and 1989…”

“…Alex Ferguson called him “unstoppable” after seeing his Aberdeen side knocked out of the UEFA Cup; Cha scoring an early goal in the first-leg at Pittodrie…”

“…In Germany, Cha’s legacy still endures. When Michael Ballack arrived in Korea ahead of the 2002 World Cup, he had only one question for the assembled media. “Is this Cha Bum’s country?” he asked. “I’ve always wanted to come here.” …

- Read more in his article over on IBWM.
- Plus some pen pics at the Vintage Football Club

Also DolphinHotel gave me these couple of snippets:
– He was banned from Korean football for 5 years for claiming the K-League was corrupt after he got the boot as national coach after their 5-0 thrashing by the Netherlands in the 1998 World Cup.
– He has 3 children whose names mean ‘First Kid’, ‘Second Kid (Cha Du-ri, who plays for Celtic), and ‘Third Kid’.

There is/was a band who obviously went for a bit of snark by calling themselves: Bum Khun Cha Youth. 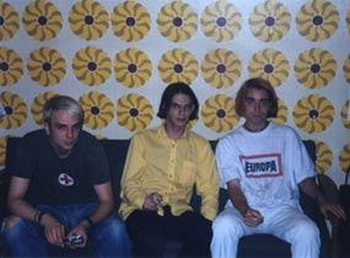 Now how they came up woth that… here’s one for you: The band’s name is a caricature of Hrubesch Youth, a punk band from the early ’90s who themselves were named after another footballer – Horst Hrubesch, who ironically now coaches the German youth team.

The group Bum Khun Cha Youth released a couple of singles in the late 90’s, bit of a gap then another single in 2004. They followed this three years later with their only album which they entitled; “Alarm! Hanns-Martin ist verschwunden” (Alert! Hanns-Martin is gone.)
The title refers to Hanns-Martin Schleyer, an SS officer who was kidnapped and killed by the Red Army Faction in 1977. Tracks on the album such as “Starvation against the state” (Hungern Gegen Den Staat) and “Well All Thank You R.A.F.” (Red Army Faction).
– A good review of the album here.

Two tracks from the band as a sampler:

» Am Strande Von St. Antoine (On the beach of St. Antoine) » Bist Du Glucklich (Are you happy)

– Finally returning back to the footballer, a football and musical tribute to Tscha Bum: